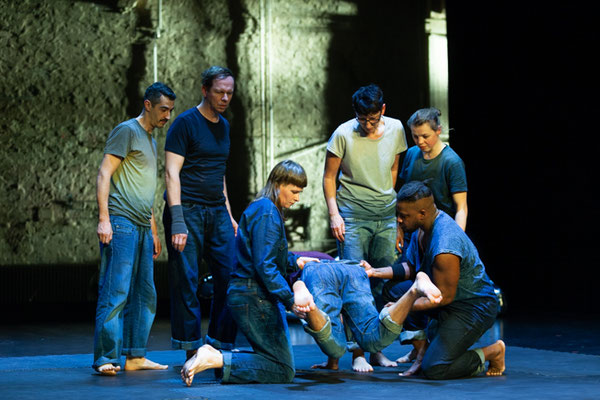 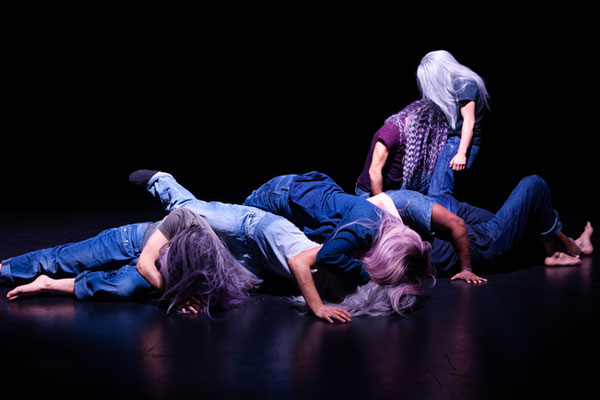 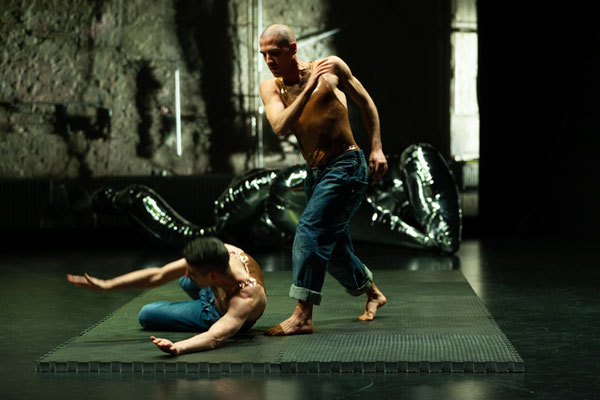 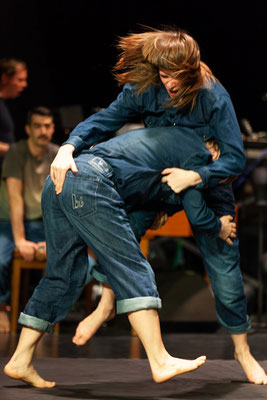 Text (Irmela Kästner, in German only)

A production in the frame of "Queere Kreuzzüge" ("Queer Crusades")

„We are partly formed through violence. We are given genders or social categories, against our will, and these categories confer intelligibility or recognizability, which means that they also communicate what the social risk of unintelligibility or partial intelligibility might be. But even if this is true, and I think it is, it should still be possible to claim that certain crucial breakage can take place between violence by which we are formed and the violence with which, once formed, we conduct ourselves. Indeed, it may be that preciesly because one is formed through violence of one’s formation is all the more pressing and important. We may well be formed within a matrix of power, but that does not mean we need loyally or automatically reconstitute that matrix throughout the course of our lives.“

Judith Butler, Frames of War. When Is Life Grievable

I am often asked why I am interested in making Gender and Queer issues a recurring theme in all my pieces. My question back to the audience is, what are your motives for engaging in queer themes?

Queer is not a label for me, it is my artistic practice. With my background growing up in Barcelona as a hybrid between Castilian and Catalonian culture, and as a delicate dancer struggling against emphatically masculine roles in dance theatre, I have particularly dealt in previous productions with 'in-between' states and spaces. In my last productions T/HE/Y (2013/14) and YBRIDE (2015/16), I already focused on the dissolution of stereotypes and the categorization of identity and gender.

For MELANCHOLÍA, my team and I want to take a further step towards imagining Queerness as another possible social norm. Using a composition of choreography, music, song and text that spans different genres, we question the romantic concept of relationships from George Frideric Handel's opera "Giulio Cesare in Egitto", handed down since 1724, with its normative myths and fantasies of desire and power that still prevail today. The Baroque operatic heroes and heroines, once sung by castrati and motivated in the piece by violence and eroticism, are good material for us to reflect upon western constructs of the body and how they are recreated and adapted in our own bodies. In the 18th century after all, there were no defined concepts to construct gender and sexual identities as we have now, such as homosexual, heterosexual, queer, transgender, etc. The castrato singer of Baroque society was therefore an ambiguous figure, a blank page, on which any sexual role could be projected. It is with these things in mind that we are examining the queer potential of Handel's opera and imagining the loss of current normative gender and power structures, such as love versus submission or desire versus violence.

Funded by Fonds Doppelpass of the Federal Cultural Foundation and by

Authority for Culture and Media Hamburg