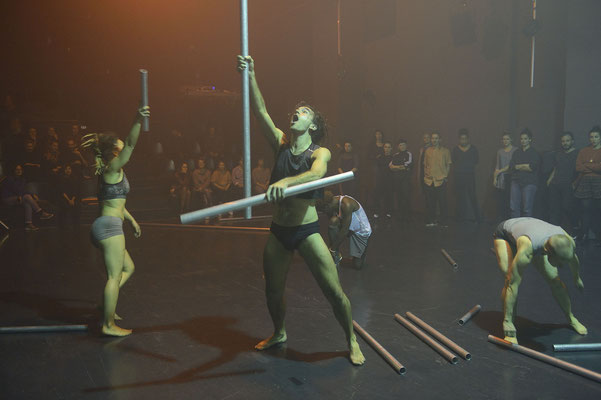 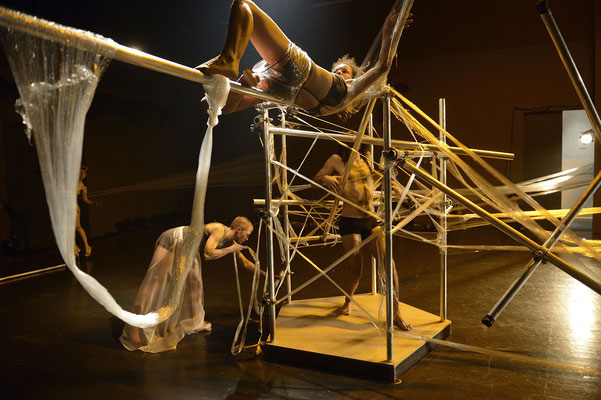 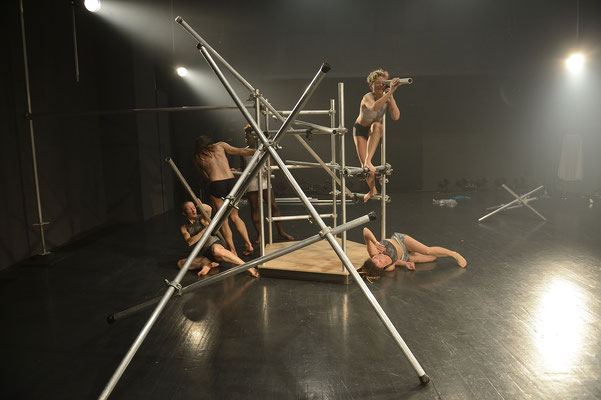 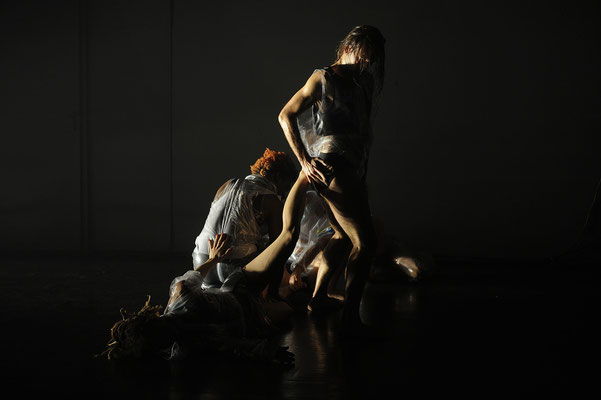 Inspired by transitional rituals of traditional cultures and based on biographical experiences, in As long as the night twirls five queer performers from North Africa and Europe dive into excessive physical states. They vigorously resist the normativity of our society with their unconventional body identities. Like a transitional ritual, they question the familiar and unsettle their environment through the confrontation with the otherness. A metallic framework serves as a metaphor for a society that is stable but at the same time changeable and permanently deconstructed and reassembled by the performers. The dancers initiate these changes by alternating between states of rationality and irrationality, instability and stability. As long as the night twirls is a landscape of bodies, space, light and sound, which celebrates the otherness and the resistance to predetermined and normative lifestyles.